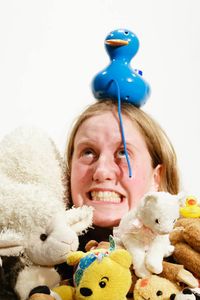 Helen first encountered YSTV at Fresher's Fair 2012, when she saw a big, shiny camera and a microphone-wielding Emma Bew (see 2012 Freshers Montage). Having hovered around for a few moments, trying not to look creepy, she eventually asked to be interviewed – mostly in order to get a closer look at what seemed like something straight out of the BBC. She signed up to the email list, but spent most of her first term running around trying out every society she could and subconsciously leaving the best for last.

During late Autumn Term she signed up to be a camera op and participant (not at the same time) on the critically acclaimed magic show, ‘Pushing the Senses’. Following the kind encouragement of Chris Wall and Peter Eskdale, Helen decided that YSTV was something she wanted to be a part of. During the start of the Spring Term, having attended a few station meetings, crewed for ‘Monday Evening Live’ and participated in various training days, she was beginning to consider the possibility of starting her own show. One night, inspiration struck: whilst thinking about her essay on the Brontës, she suddenly realised that she could combine her love of literature with television – thus, the series ‘Lights on Literature’ was born.

She became the Assistant Production Director on the 15th May 2013 – and very much enjoyed the role, despite its involvement of the term ‘Ass Prod’. Although she did not fulfill Chris Parker’s requests to fetch him a coffee, she learnt a lot from being involved with the committee and the station’s overall production department. She produced her first live show in November 2013, YSTV’s annual broadcast of ‘Children In Need 2013’ - an experience definitely worth the late nights.

In the Autumn term by-elections of 2013, she was elected Production Director, happy in the knowledge that YSTV will always be her real home while at university. (Although of course she has never slept in the studio...) Highlights during the year include helping Kieron Moore to organise/edit NaSTA submissions and Best Broadcaster 2014, running a series of edit training sessions, organising a trip for YSTV members to see Countdown being filmed at MediaCity and nicking old set from TFTV, amid many other adventures.

In the Summer elections of 2014 she became the Station Director of YSTV, following the very kind encouragement of a terrific bunch of friends, and so far hasn't burned the place down.

For an unknown reason, Helen is fairly notorious when it comes to socials/nights out, and the day following an event her words may be found all over the Quotes Board. She is reported to have been kicked out of the Willow several times, and would probably be embarrassed to have it known that this was for the - perfectly understandable - activity of napping. Following the consumption of alcohol she is more active in literally prodding people, and has a penchant for arm-wrestling. She is an avid fan of hit show ‘Bargain Mad’.