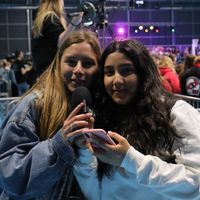 Prakriti joined YSTV as a fresher in 2018, attending most meetings with best friends Charlotte Rogers and Klára Šimonová (who is also her housemate). Together, they form a trio that produced a wide array of factual content throughout the 2018/19 academic year, with Prakriti usually acting as the producer or assistant producer. Apart from that, Prakriti has also crewed for several livestreams as camera operator and was chosen as VT Assistant alongside Klára for Roses 2019.

Despite many YSTV members assuming so, Prakriti is in fact not a film and TV student. For this reason she was awarded the "Wait, You Are Not TFTV?" Award at the FLOPPYs 2019.

Her stand-out productions include: