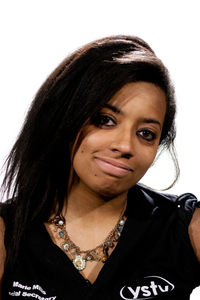 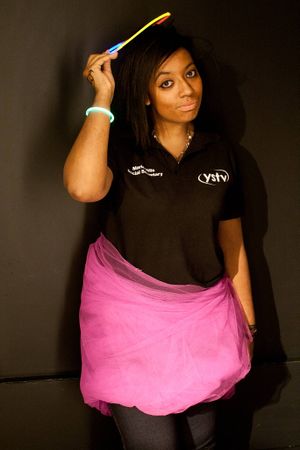 Joined YSTV at the start of her 2nd year and immediately, Vivan Jayant suggested that she ran for Social Secretary, which she did successfully. Went on to become YSTV's longest running Social Secretary, a Willow regular and creator of the 'Holy Trinity' shot combination in Willow.

Resident of 84 Thief Lane. Student of Applied Social Science - Crime and Criminal Justice (humorously abbreviated ASS - Crime) between 2009-2012, then MA Digital Film and Television Production for the academic year 2012-13. She dropped out at the start of the summer term 2013, but stuck around in York to finish the year with YSTV, and was still rewarded a PG Cert for her troubles.

Begrudgingly wrote the music for Checkmate.