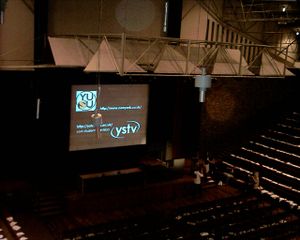 The annual Monday morning/afternoon "welcome to York"-fest organised in Central Hall by YUSU. Since 2002 YSTV has provided coverage for the big screen, usually interspersed with propoganda videos sometimes made by The Cinematography Society. 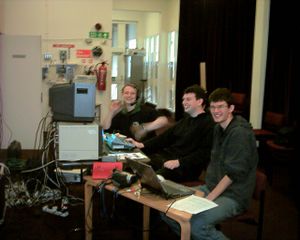 Although requiring minimal planning and not exactly winning a NaSTA award for originality the event is invaluable for indoctrinating virtually every fresher on their second day at York with various giant YSTV logos and promotional films, as well as showing them the sort of thing we do. The event has never been broadcast, although sometimes highlights VTs have been salvaged for the news programme of the time from the footage filmed.

Freshers usually experience this event with an enormous hangover and as such can be forgiven for not entirely taking it all in...