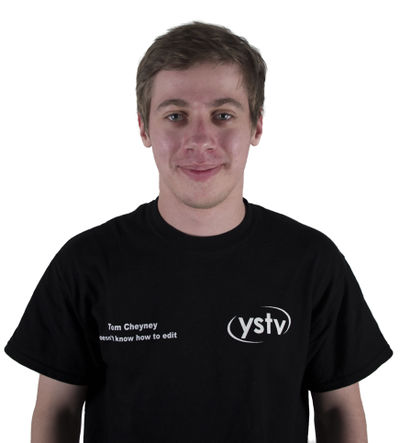 Despite previous experience, Tom only joined YSTV after being dragged in by the then computing officer Adam Taylor. Within 3 weeks he was elected as Webmaster with a vote of 28 to 0.

Some of Tom's first content was HIGNIFY, a York-themed version of the popular panel show. Which he helped crew and edited (multi-camera the second time).

Tom produced Elections 2014, along with Lloyd Wallis, during which he nearly killed himself creating 41 one minute manifesto videos in under 48 hours sleeping for around 5 hours in that time and thoroughly enjoying Hunger Games: Catching Fire while waiting for videos to render.