YSTV celebrated its 30th anniversary with afternoon tea and sandwiches in Vanbrugh Dining Hall. A couple of members from the early 80s did show up at the studio earlier in the day (they featured in the brownUnverified or incomplete information photo album that was kept in the bottom of the desk draw). However, we could not reunite them with their photos as the album was elsewhere with the University Alumni Officer.

The anniversary was also marked by Tyne Tees News, who filmed an edition of Bulletin being prepared and interviewed then Station Director Chris Parker. Also in YSTV's archives is a short clip of Tom Baker, then publicising his autobiography, wishing the station a happy birthday. 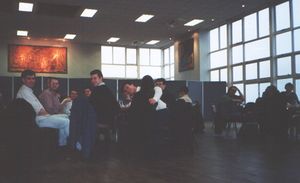 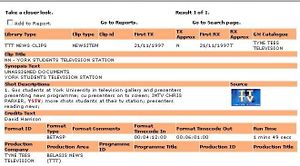