Sam was stolen from a certain other media society around late spring term 2015, when he kind of just appeared at the installation of the new lighting rig. From there, he hovered in a non committal sort of way, before being elected Deputy Technical Director that Autumn, at the start of his year in industry. He spent that year pretending to know what was going on, and then was elected Technical Director in the 2016 AGM, in lieu of anyone else being around to do it, a position he held until the 2017 elections, towards the end of his final year of study. He was Webmaster for his last few months before becoming an alumni. He spent a few years working in broadcast engineering/software, and now does something largely unrelated. 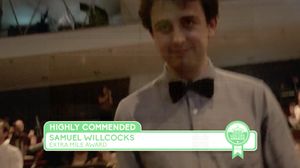