The 2017 NaSTA Conference was hosted by Guild TV and held in Birmingham University from March 31st to April 2nd. YSTV brought 13 members - twice as many as the previous year - of which all but one had never attended NaSTA before, and despite for the first time in 16 years not winning any awards, a fun and at least somewhat inspiring time was had. 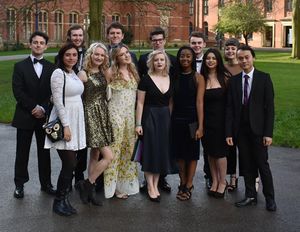